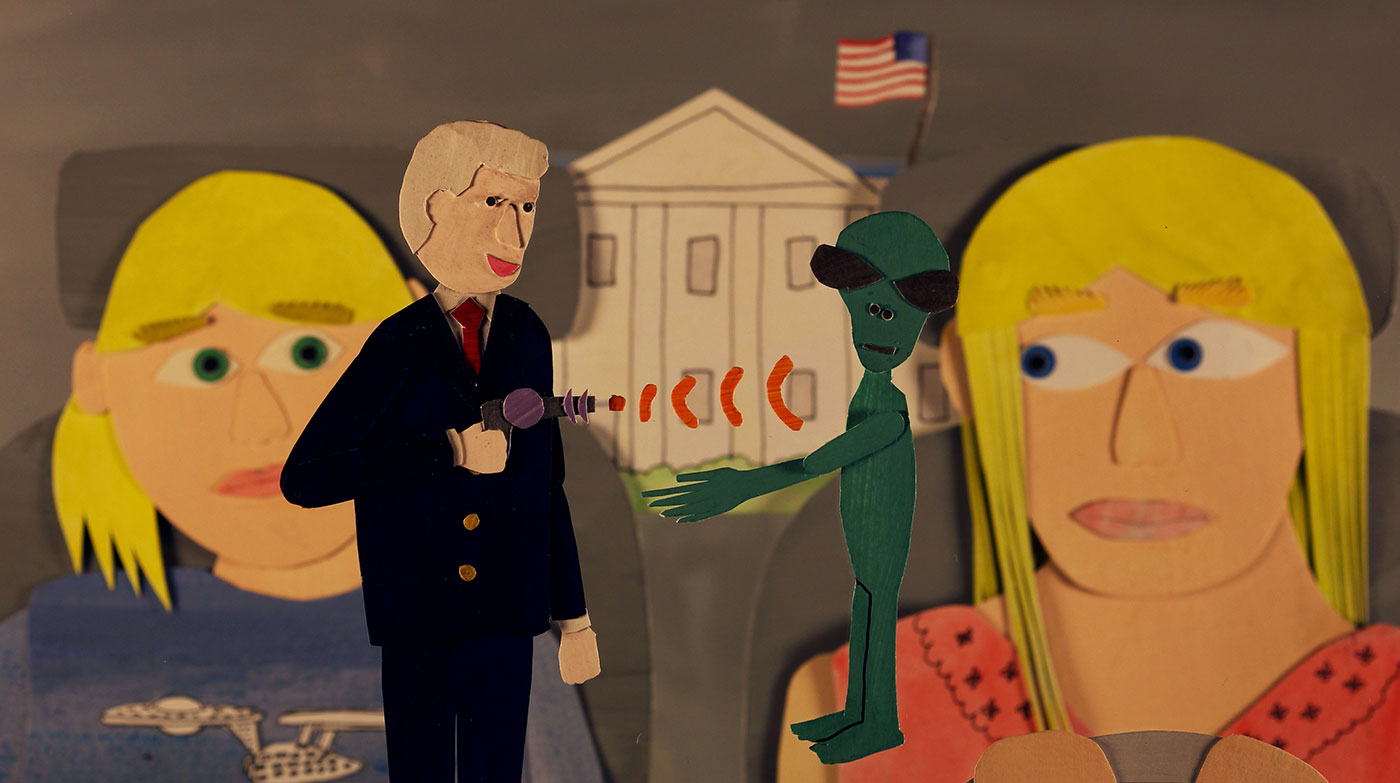 Synopsis: Torrey Pines is a transgender queer punk coming-of-age tale, taking place in Southern California in the early 1990’s. Raised by a schizophrenic single mother, Director Clyde Petersen’s life story unfolds in a series of baffling and hallucinated events. With a mother fueled by hallucinations of political conspiracy and family disfunction, Petersen is kidnapped at the age of 12 and taken on a cross country adventure that will forever alter the family as they know it.

In those awkward teen years, from George Bush 1.0 to Bill Clinton to George Bush 2.0, it’s a time of technological growth in American homes. The Gulf War that never ends. The rise of Star Trek: TNG. Linda Hamilton becomes a role model for young tomboys. Desktop computer and personal cell phone use is on the rise. Our culture transforms from a place where a person talking to themselves alone in public is labeled as ‘crazy,’ to a time where you are an outcast if you don’t have a mobile phone and it is perfectly acceptable to rant in public at invisible people.

Through intersecting scenes of an adult’s hallucination and a child’s imagination, Torrey Pines bring popular culture, politics, mental health and gender identity together in a way never before seen.