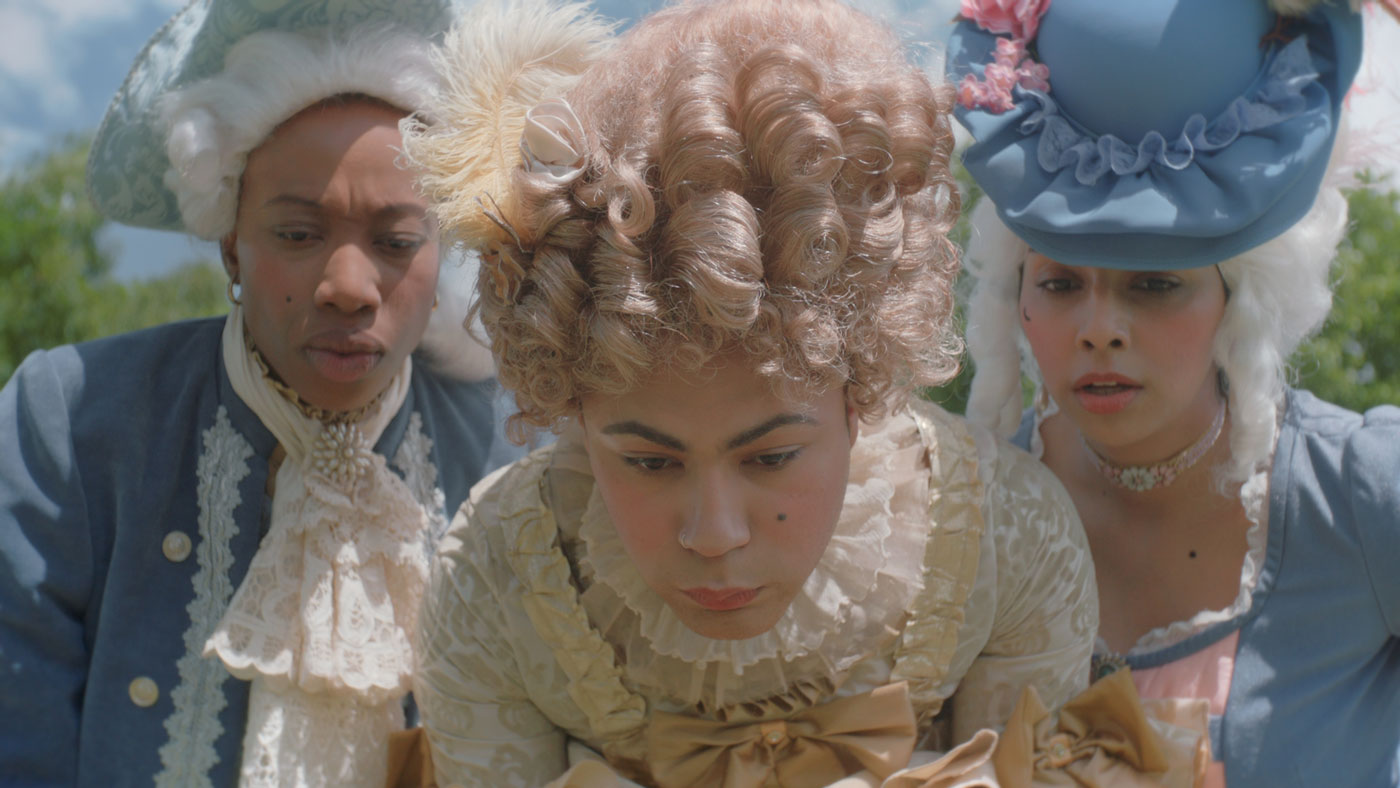 Showing as part of Voices – a selection of shorts.

Synopsis: Commissioned by the BBC & BFI, CLASH is a short experimental documentary critiquing Britain’s obsession with period dramas, and how they erase the diverse reality of Britain today. This film – part parody, part candid interview – is a response to Humphrey Jennings’ 1942 ‘LISTEN TO BRITAIN’, a documentary used to propel a myth of national unity.

CLASH, through the perspectives of underrepresented queer people of colour, critiques the myths we still tell ourselves on screen. Through candid interviews and staged period-drama sequences with our subjects – involving a hobby horse race in East London – our film explores the issues surrounding nostalgic heritage cinema, and how it erases the diverse landscape of Britain today.

A Small Part Of Me