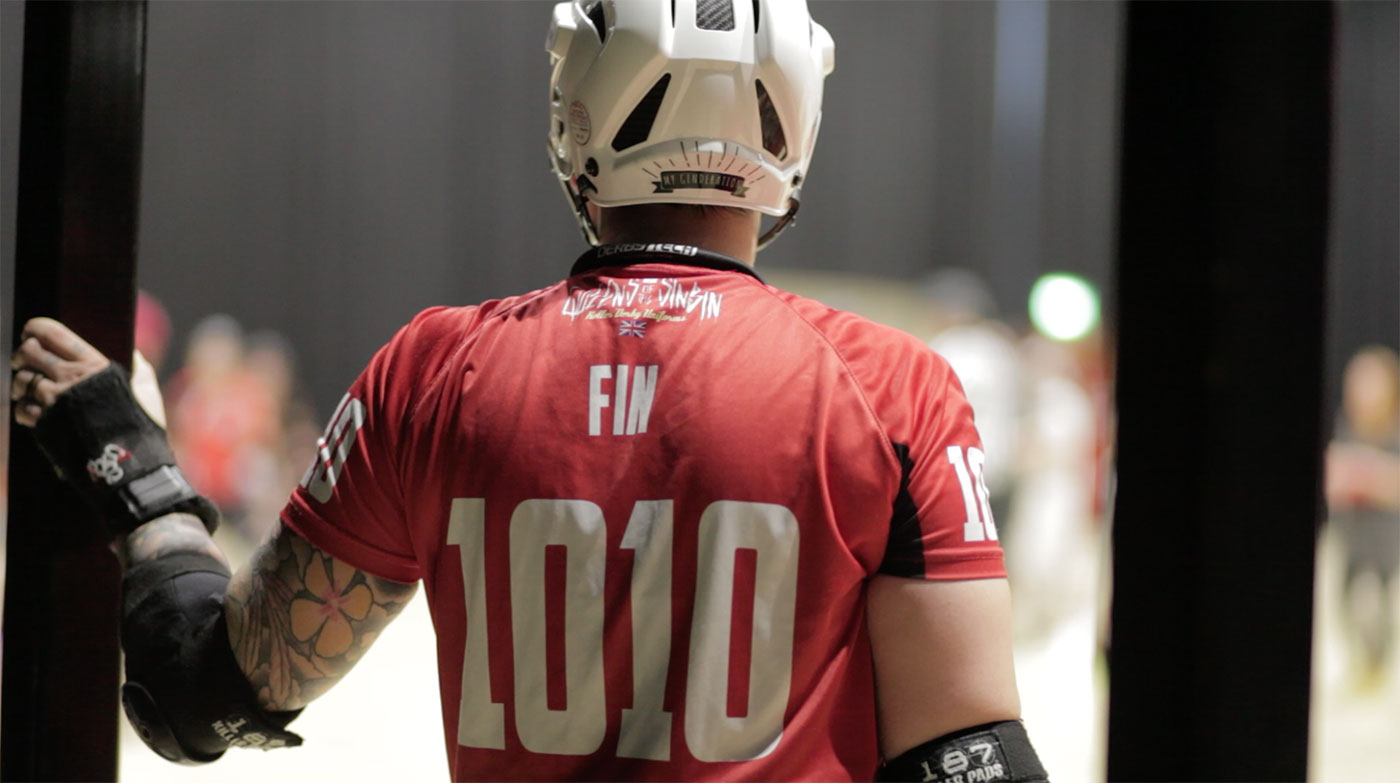 Synopsis: Non-Binary, Pre T and moving forwards (on 8wheels) –
The concept of a fast paced, increasingly competitive, full contact sport played on roller skates being a safe space for transition may seem unlikely. And the idea of switching to a men’s team at such a vulnerable time of that transition, and of pitting yourself in and amongst ‘the guys’ might sound like the fastest lap to feelings of dysphoria and difference. However, following the experience of a Trans skater from Sheffield, we see that switching teams could be just the shift needed towards a future of living authentically.

The film explores gender inclusivity in sports and highlights the Roller Derby community as an actively progressive model for the future of Trans inclusion.